Calomel, they used to give it to children ...

It may be hard to believe now, but this was considered good science at one time, and was used for teething with babies. It was called Calomel, but it is Mercury.


Medical uses for calomel were common well into the nineteenth century. It acts as a purgative and kills bacteria (and also does irreversible damage to their human hosts). Some treatments are of historical interest. The three physicians atttending Gen. Washington's final hours administered calomel to the dying President. Lewis and Clark carried it on their expedition and used it to treat their men's STD's. Louisa May Alcott (author of Little Women) suffered from its effects. Even in the present decade several cases of mercury poisoning have been attributed to facial cremes containing calomel. Such cremes are banned in the United States because mercury is readily absorbed through the skin.

Inhalation:
Causes irritation to the respiratory tract. Symptoms include sore throat, coughing, pain, tightness in chest, breathing difficulties, shortness of breath and headache. Pneumonitis may develop. Can be absorbed through inhalation with symptoms to parallel ingestion.
Ingestion:
Toxic! Average lethal dose for inorganic mercury salts is about 1 gram. May cause burning of the mouth and pharynx, abdominal pain, vomiting, bloody diarrhea. May be followed by a rapid and weak pulse, shallow breathing, paleness, exhaustion, tremors and collapse. Delayed death may occur from renal failure.
Skin Contact:
Causes irritaton. Symptoms include redness and pain. May cause burns. May cause sensitization. Can be absorbed through the skin with symptoms to parallel ingestion.
Eye Contact:
Causes irritation to eyes, may cause burns and eye damage.
Chronic Exposure:
Chronic exposure through any route can produce central nervous system damage. May cause muscle tremors, personality and behavior changes, memory loss, metallic taste, loosening of the teeth, digestive disorders, skin rashes, brain damage and kidney damage. Can cause skin allergies and accumulate in the body. Repeated skin contact can cause the skin to turn gray in color. Not a known reproductive hazard, but related mercury compounds can damage the developing fetus and decrease fertility in males and females.
Aggravation of Pre-existing Conditions:
Persons with nervous disorders, or impaired kidney or respiratory function, or a history of allergies or a known sensitization to mercury may be more susceptible to the effects of the substance.


Wiki page on this

Some photos and information here

The writer has not mentioned the harm done by dentists placing mercury amalgam in their patients' teeth. The mercury escaping from the fillings causes disease in the patients who are unable to eliminate it. Amalgam fillings also cause electrical interference because they are made of more than one metal, and become a battery once touched by saliva.

I have two links to other blogs, one of them is the Smoking Tooth, you will enjoy it.

My great grandmother gave my great aunt Calomel. We pronounced it Calama. They said to keep the patient warm. My great aunt got away from the heat and her teeth became loose. My grandmother gave my mother Calomel. She said it tasted awful and made her deathly sick. She finally refused to take it. My grandmother asked a druggist what grain of Calomel to give to a 6 year old girl. He said if she was mine I wouldn't give her any. My relatives thought this was great stuff-a miracle drug.

Remember people Mercury is in Vaccines...

A work in progress

Look to evidence, and learn about science. 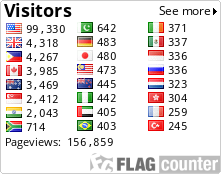 
Visitors since the start